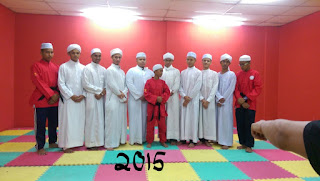 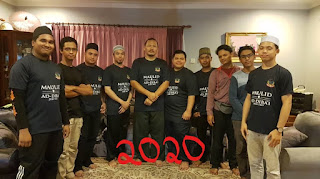 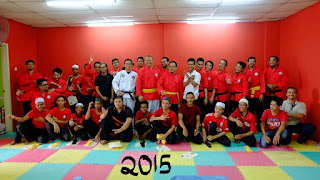 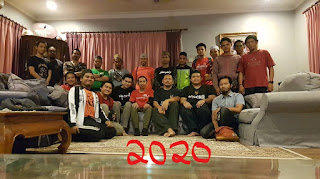 22 August 2017 Salam, Please be informed that my academy in Gombak has changed its name to SOLOK SAGA MARTIAL ARTS ACADEMY. Any new and future inquiries on me, my Lian and my teachings, please log on to my new link at WWW.SOLOKSAGA.COM Thank you. Dr Hisham Pukulan Lian Pukulan Belitung
Posted by Dr. Hisham_Giant at 1:05 PM

Salam, Please be informed that my academy in Gombak has changed its name to SOLOK SAGA MARTIAL ARTS ACADEMY. Any new and future inquiries on me, my Lian and my teachings, please log on to my new link at WWW.SOLOKSAGA.COM Thank you. Dr Hisham
Posted by Dr. Hisham_Giant at 12:26 PM 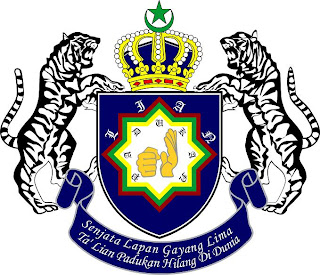 Salam, I am pleased to show and share with ALL of you the logo that was use for my thesis in May 2011 onwards, Lian Padukan Raja Buah Pukul. Initially I am not eager to show it but since my thesis will be use for one special occasion, I have to put it up on my blog. Please take note that the logo is of my idea for the purpose of my thesis and the topic Raja Buah Pukul. Some editing will be done in future for the benefit of that ONE Special Occasion. Thank you.
Posted by Dr. Hisham_Giant at 6:40 PM 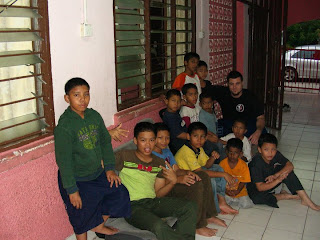 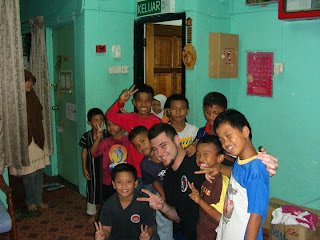 Last week, was a memorable weekend for me and Lian Padukan Academy. I am hosting Sifu Luke Holloway from Japan. Actually, he is from Australia but resides in Japan. The week earlier, he was involved with the Lion Dance International Competition in Genting Higlands. Anyway his priority was to give some donations to the orphanages in Shah Alam, Kelang, Gombak and Kampar Perak. Part of his collection conducting seminars and teaching in Japan and Europe last year and this year were for these orphanges. 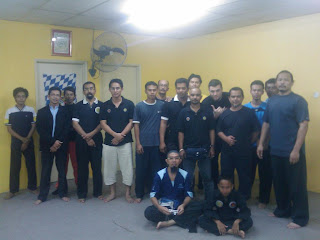 The 2 days before his departure to Australia ( to conduct his seminar in Melbourne ) we spent together talking on silat, martial arts and checking out our styles. 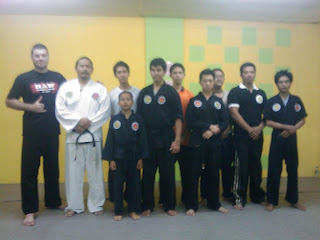 He did spend an hour with some of Lian Padukan members sharing his experience teaching the arm forces, police and security worlwide. He demonstrated some of the techniques of demobilizing people, crowd control and disarmament of guns/knife. One thing I noticed was his way of alertness and awarness was similiar taught in Lian Padukan. Always 'cega' and 'curiga'.. He 's experienced as a bodyguard and bouncer helps him a lot. He wanted something that is applicable to his job ( as a bodyguard ) and also in his teaching for the security. He said "no point of learning a beautifull and flowery form of art/ silat/ martial arts but is not applicable. He has been shot at, bottles and chairs thrown at him, cut by knifes and involved in fights. Those kind of styles will not help him. As one of the guru said, if you want to learn to dance go to a dancing school. In LIAN PADUKAN we teach you how to fight...

He also came to our training class the next day.I told him about Lian Padukan and showed him our stlye and he agreed. He did show some of the human weapon footage to his japanese students before comming to Malaysia and they wanted sifu Luke to check us out. InsyaAllah if all goes well, we will have the chance of teaching the japanese the " ART of LIAN PADUKAN" - "LIAN PADUKAN - Street Fighting ". 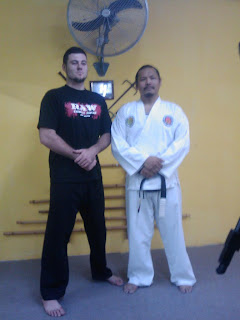 Sifu Luke, did ask me what do I want?

As for me, I just do it for LIAN PADUKAN and the generation to come ( including my kids ) . We must show a good examples to them and teach them the right way to grow with and hopefully others will follow. We do not care what others think or like/ dislike or comments about us. These negative and bad intention people and comments will not get you anywhere. They will just rot anyway in the end....
In other words you just have to WALK THE TALK....

Likewise in business, if you like my products, you will definately buy from me IF NOT you will go looking somewhere else. It is simple as that !! 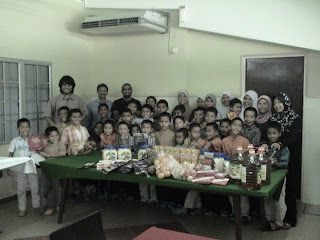 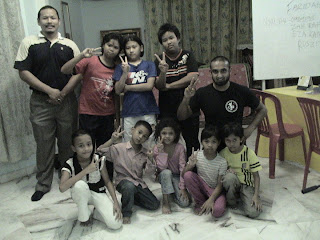 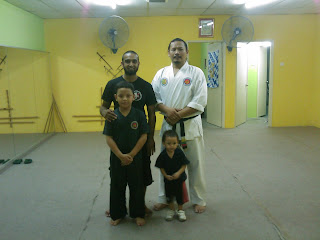 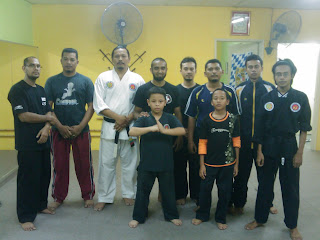 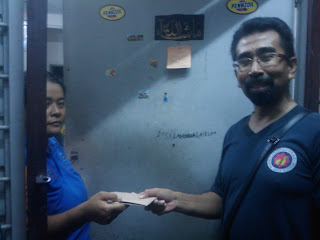 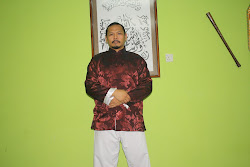